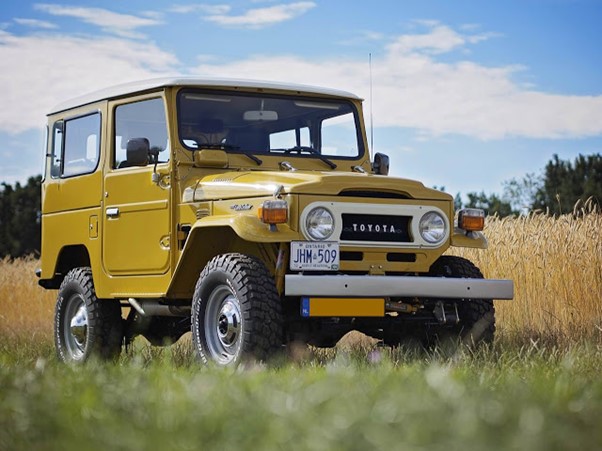 The market for classic cars has been skyrocketing over the past decade, in some instances even outperforming the stock market!

What’s the reason for this? One reason is as driving becomes more autonomous and car design becomes dominated by the accounting divisions of manufacturers rather than passionate people with pencils, it is creating a flurry of frantic buying to own a piece of automotive history.

If you had certain cars in your collection 12 years ago and did nothing other than maintain them, you would be staring down a massive capital gain of hundreds of thousands, or even millions of dollars right now.

So, this makes you wonder, what is going to be the next car to shoot up in value?

It’s not just 6 figure cars that have shot up in value over the past few years. A humble Porsche 944 manual could have been purchased for around $7,000 in 2011, now – expect to part with about $25,000 to get a decent one. That’s a gain of 357% in 8 years on a second hand car that you could have bought for the price of a used Toyota Yaris.

But here’s the thing, this doesn’t just happen to any car, and it is hard to predict what vehicle is going to be the next 911, or the next Ferrari 355. You can’t just buy any old used car and expect it to outperform the ASX200, but that doesn’t stop us from trying!

Read on for my list of 9 cars that I think will (probably) go up in value (maybe). 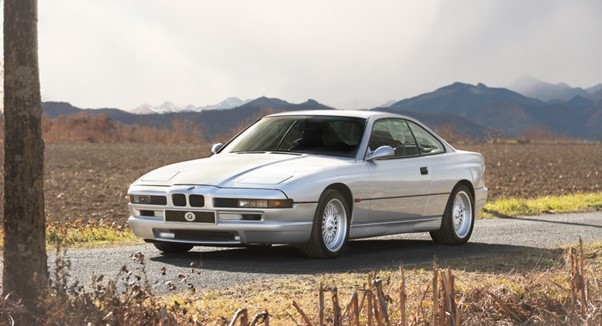 Then like most old BMW’s the 8 series depreciated hard and fast. A few years ago you could have picked one of these up for about 20 grand.

A lot were crashed, even more were modified, and that’s what makes a mint original 850ci so attractive now – there just aren’t a whole lot left, and BMW simply don’t make cars like this any more.

Coupled with the recent release of the new 8 series, we think that is going to drive a lot of interest in the car that started it all. At the moment you can get one of these in your garage for about $60,000 for a well sorted one. They already have gone up in value over the past 3 years, but I think there is still plenty of room for them to move. 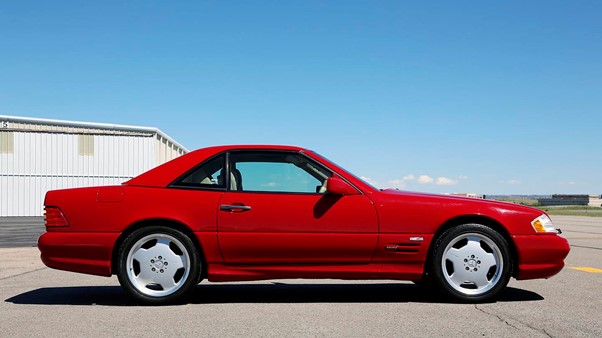 Like the BMW 850, it was a casualty of depreciation and sat in the doldrums of the used car market for a long long while. It was generally just seen as an old Mercedes that was quickly replaced by a newer, better model.

Now however it is the design of this car that we think is going to drive the price up.

As it has been forgotten for so long, the design has turned a corner and is now quirky and cool. The squared off look and sharp edges that this car have are becoming increasingly popular and even some would say attractive.

And it’s a 5.0L V8 Mercedes. An engine that will never go out of fashion.

Inside it’s a beautiful place to sit, covered in old fashioned leather and switches, this car was made for people who demanded the very best.

Driving one of these feels special even still, and we think it won’t be too long until this car starts to get noticed again. At the moment you can get one for about $30,000. The key is to get one of these with as low km’s as possible with full books and as original as the day it left the factory.

Future value is anyone’s guess, but I think at the moment it’s a steal at anything less than $50,000.

The FJ40 was made from 1960 to 1984 and was offered in either short, medium, or long wheelbase versions. The one we are particularly interested in is the short wheelbase version or “shorty” as it became affectionately known – so much so that we actually bought one of these things for restoration.

There are more ‘my dad had one of those’ situations for the FJ40 than most other old cars combined, however because of their commonality this also made them cheap to buy and work on. Over the years more and more got written off or so heavily modified that they were barely recognisable as a Toyota Landcruiser anymore (they were favoured for their ability to be turned into homemade beach buggies).

As a result of this, it is now extremely hard to find a good one in mint original condition, even harder to fine one with all the bits and pieces it had when it came new out of the factory in the 70’s (to buy a used owner’s manual for one of these things will cost you about $500. To get an original radio will be about $2k).

Increasing interest from collectors largely driven by the US market is starting to drive the prices up of the FJ40. At the moment a good one that has been well restored will cost you about $50,000, we think this could more than double over the next 5 – 10 years. 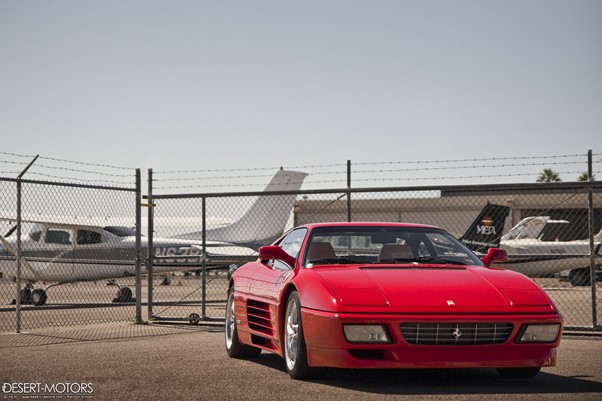 The Ferrari 348 is a mid-engine V8 two-seater produced between 1989 and 1995. It was the last car that Ferrari made under the leadership of Enzo Ferrari before his death. This alone made it special. The 348 came in two variants; the TB for the coupe and the TS for the targa. Generally speaking, the coupe is probably the better investment, more specifically if you can get one with the beautiful 5 speed gated manual transmission.

Everybody knows that the price of old Ferrari’s has been on the rise, and for some reason up until now the 348 seemed to be exempt from these skyrocketing prices. Still being able to get one in Australia for the low $100,000’s today seems like a great buy as it is very likely it will go the same way of it’s younger brother- the F355 Berlinetta.

Old Ferrari prices move fast though so be quick if you want one, there is a good chance the price has gone up from the time of writing this to the time you’re reading it. 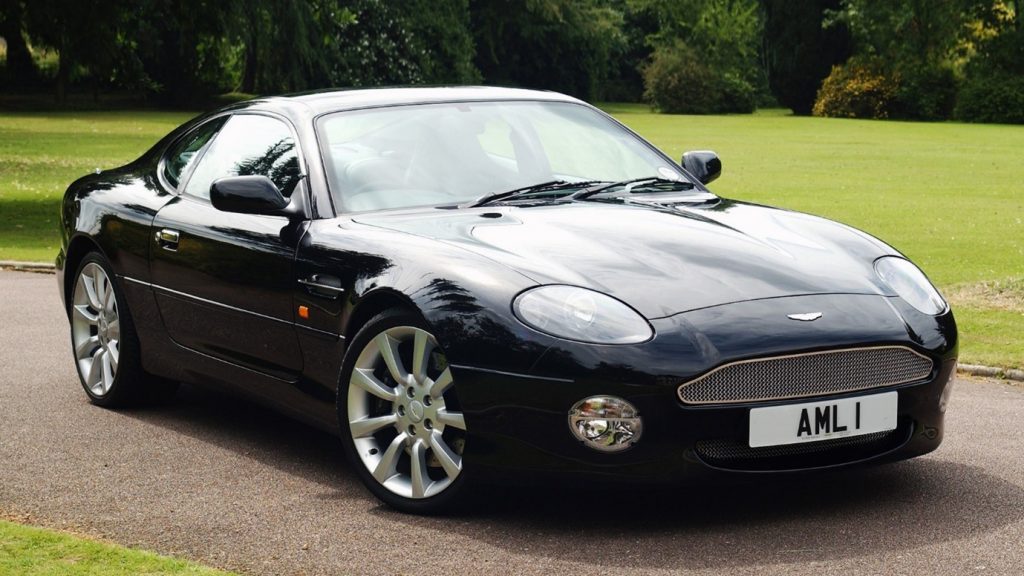 The Aston Martin DB7 is widely regarded to be one of the most beautiful objects ever made, not just for cars, but for anything ever.

Designed by genius car designer Ian Callum the DB7 was launched at the Geneva motor show in 1993.

The DB7 came in an entry level V6 variant, and a top of the range V12 variant.

The one to get is a late model (as late as possible) V12 manual.

The price of any manual V12 Aston Martin is likely to go up, but especially the DB7 considering how heavily it depreciated. You can now get one for about $70,000 AUD and they are still as impressive today as what they would have been when they rolled off the factory line 20 + years ago.

They came in either a coupe or convertible, we think the coupe is the one to get. And don’t be afraid of eccentric colour specs, these cars were high end luxury vehicles made to order for extremely wealthy individuals who wanted theirs to be unique. The British Racing Green over Claret and Parchment is likely to go up in value the same if not more than your boring standard silver over black. 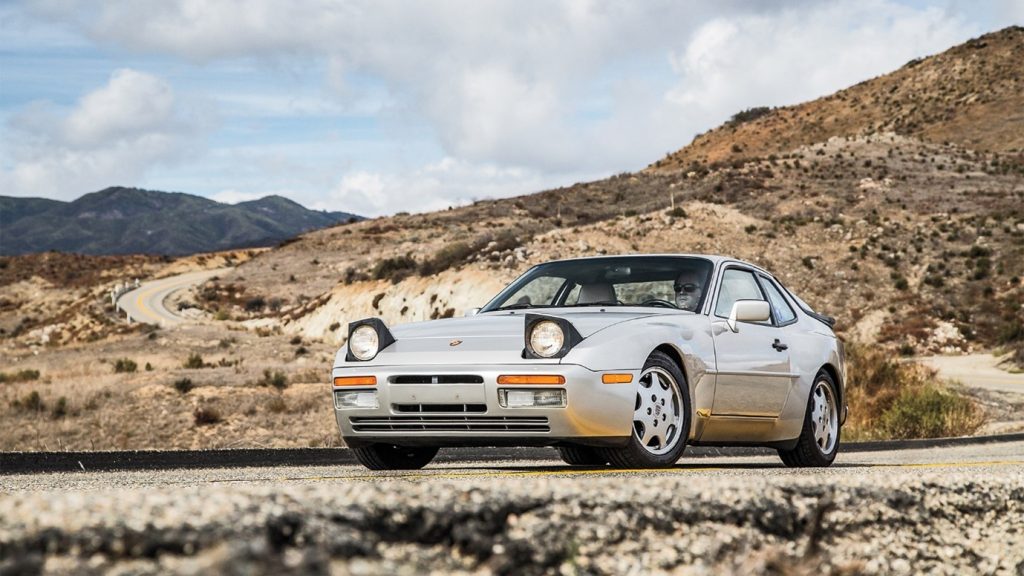 The Porsche 944 was a front engine 4 cylinder mid-level sports car manufactured between 1982 and 1991. It came in a coupe or cabriolet with either naturally aspirated or turbo charged engines in both auto and manual transmissions.

Specifically, the one you want and the one that we are interested in is the manual turbo coupe.

Prices of old Porsches have been going through the roof over the past 5 years, and although this sort of price movement is usually limited to the 911 range, we are starting to see movement with the 944 also.

Favoured amongst collectors and track day enthusiasts for its boxy 80’s styling and perfect 50/50 weight distribution, the 944 is becoming increasing more sort after as a ‘must own’ classic Porsche.

A decent one of these would have set you back about 10 grand 9 years ago, now; expect to have to part with about $30k to get a good one. And we don’t think the price is going to slow down anytime soon. 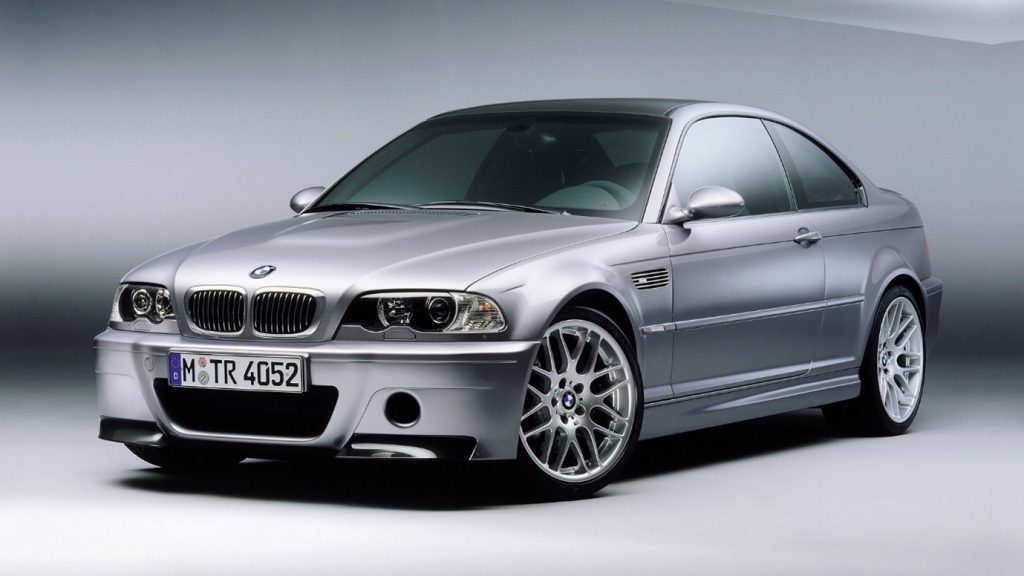 Largely recognised as one of the best sports cars ever made, the BMW E46 M3 was a bastion of hope amongst car enthusiasts who wanted Ferrari results without having to spend Ferrari money.

It came in a few different variants, however from an investment standpoint in the interest of increasing values, the one you want is the manual coupe (as usual).

The styling of the BMW has gotten better with age, and is an iconic shape that is instantly recognisable as a BMW M car. The 3.2L straight six engine performs the engineering miracle of producing 100 horse power per litre – an achievement which at the time was reserved only for very high-end supercars.

The throttle response is immediate, with a switch that makes it even more so, and it is a usable everyday car (not that we ever buy a classic investment car based on practicality).

Prices of the E46 M3 have been gradually creeping up, and it’s hard to say where or when they are going to stop rising. Best snap one up now just in case – estimated price guide for a clean one: $28k -$38k 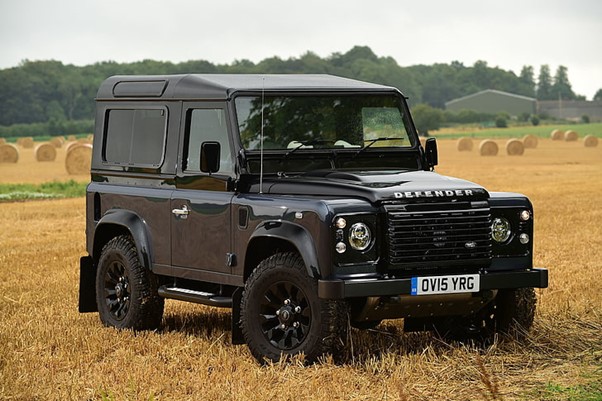 The Land Rover Defender is an instantly recognisable rugged British 4WD that has been in production since the early 80’s.

The Defender quickly built up a reputation for itself for being a reliable vehicle for use anywhere that was difficult or inhospitable. It was a regular sight on battle grounds enlisted as a military vehicle, or in the middle of desserts or jungles carrying out aid missions.

The Defender as it was known and loved ceased production on the 29th of January 2016.

And then in September 2019 the new one came out.

This immediately increased the value of the old one.

There are people who love the new defender. There are more who don’t. And the market has decided that the old was actually pretty special after all, and now they aren’t being made anymore that is driving the price up.

The car increasing in price the most is the Defender. Surprisingly aftermarket speccing doesn’t actually harm the value of this one. So go your hardest on the aftermarket accessories.

A good one will currently cost you about $80k. 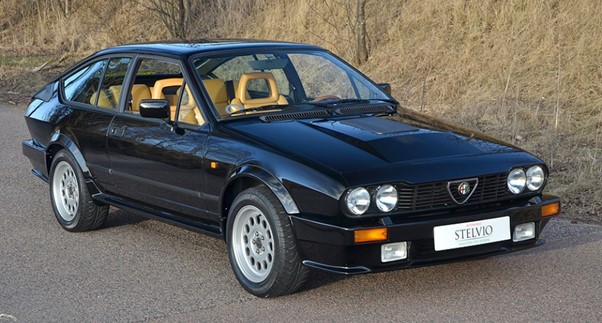 The Hail Mary, this one could go either way. Either absolute gold, or stripping it for worthless parts in 10 years’ time.

The Alfa Romeo Alfetta GTV6 was a front-engine fastback coupe manufactured between 1980 and 1987.

The car was a perfect mix of performance, luxury, and Italian passion. The weight balance was perfect and its styling was sharp.

For a long time it sat in the lower end of the used market, with a lot of terrible examples for sale for less than $10,000.

Now, as interest in classic Italian sports cars is on the rise, so are the prices on the Alfa Romeo GTV6.

People are starting to show this car the respect it deserves, tasteful and specific restorations are being carried out, and the GTV6 is starting to creep up in price.

Now – expect to part with about twice that much.

Will this value hold, increase, or crash once the passion of classic Italian sports car ownership is replaced by the service and maintenance bills?

There you have it, my list of 9 cars that I think will (probably) go up in value (maybe). What’s your hot take? What would you add to my list?

If you have a goal of owning a piece of classic car history contact us today to discuss how Finestream can make that a reality. Give us a call on 08 8223 3308 or email hello@finestream.com.au.